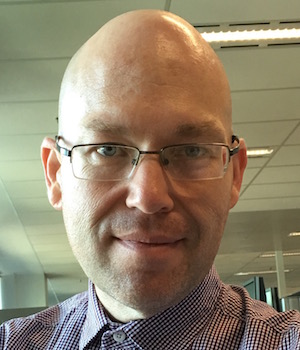 Nobody is Competent, We Are All Human

Design Reviews in Name Only

Design Reviews in Name Only

Milestones are often tied to customer design reviews, factory acceptance tests and site acceptance tests. Having spent much of my career on the design side it’s been interesting representing a client and my perspective can’t help but be refined in the process.

Reviews are often considered to be onerous tasks that “have to be done” in order to meet an often arbitrary schedule milestone. They are regularly treated with contempt and those seeking changes are often muffled, given token concessions or even silenced completely. “Reviews for Reviews Sake” are thus essentially a questionable use of everyones time other than the designer (presumably also the meeting chair). Reviews are in place to ensure that the content is up to scratch not just to put a tick in a box, but budgetary and schedule pressures often make them ineffective.

The decisions about who attends and the format of the review are the keys to a reviews success or failure. There are two opposing perspectives surrounding these choices. Each shall be examined in turn:

Restrict the number of people attending

Optimist: Clients (or other departments) often have multiple representatives and getting a clear view of what is ACTUALLY required will vary from person to person. It’s always better to have a smaller group of client representatives to act as a focal point for all feedback.

Restrict the experience of the people invited to attend

Optimist: We will invite attendees with the right kind of experience in the area under review will have useful and helpful feedback and not just, “The grammar is incorrect…” type feedback.

Restrict the different types of feedback   i.e. We’re not here to discuss the colour scheme, the font etc.

Cynic: Reject all feedback that doesn’t fit within the established feedback guidelines as the point of review is about something specific and not about making the overall design better.

Optimist: Noting any feedback that may not fall within the feedback guidelines can make the design better but stops getting bogged-down in less-critical details during the review.

Cynic: Reduces outside influences during initial development and once the design is well-developed then inform those suggesting changes that it’s too late to change anything at this late stage.

Optimist: Early design development needs to be kept in-house early on to reduce excessive external feedback before the design is fleshed out enough for a meaningful review.

The best approach for an effective review must be considered from both perspectives: The Designer and The Reviewer.

An Electrical Engineer with two decades of industry experience in Australia and North America. An unrestricted Amateur (Ham) Radio operator at age 19 and programmed in many software languages and for various consumer platforms including DOS, Palm OS, Windows and iOS. For industrial automation experience in Siemens, Allen-Bradley, Schneider, Omron, Yokogawa and many more as well as HMIs and SCADA systems from Siemens, Rockwell, Schneider, Citect and more.

Any support for my various works via Patreon would be greatly appreciated.